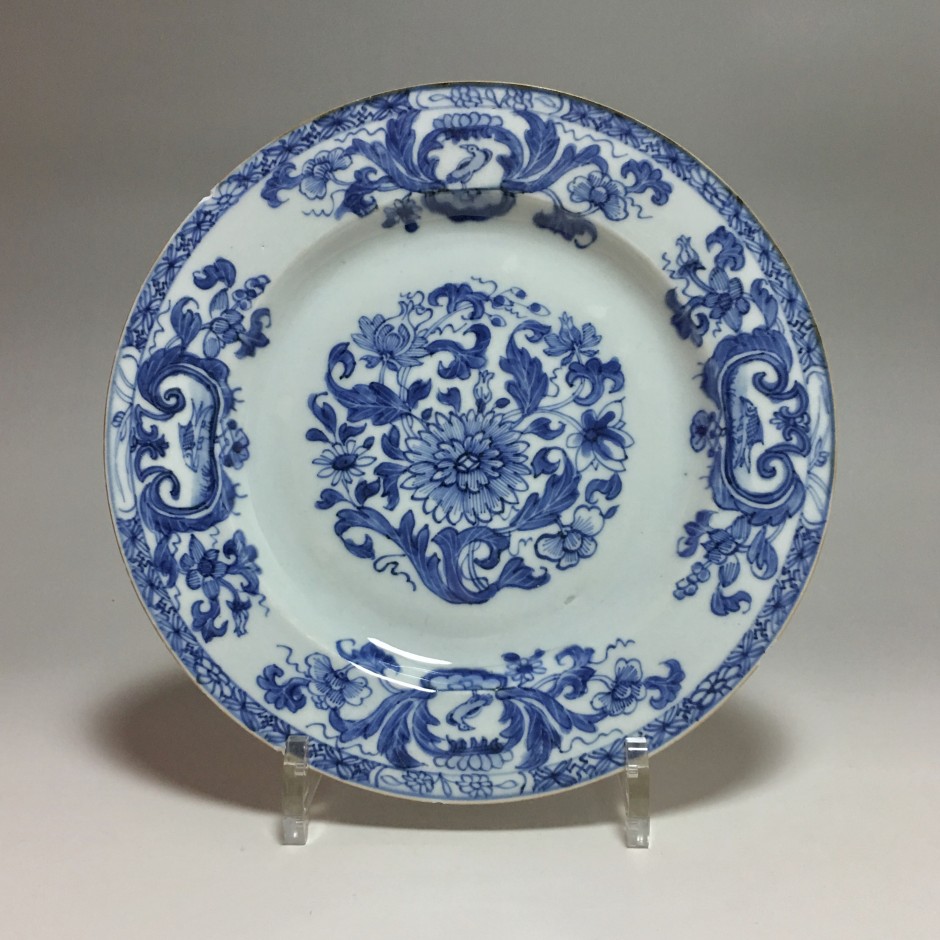 rubble cartridges and fish on the wing.

chips on the edge (see photos)

Art historians have attributed the commission of this service to the famous favorite of King Louis XV, the Marquise de Pompadour. Indeed, the eagles and the fish in the cartouches symbolize respectively King Louis XV, and the Marquise de Pompadour whose surname was "Poisson". This hypothesis did not convince Michel Beurdeley. This service could also have been bought by a member of the party of devotees to mock the plebeian origins of the Marquise de Pompadour. Several pieces representing this decoration are kept in French museums such as the Guimet Museum, the Grobet-Labadie Museum in Marseille, the Museum of Saint-Omer, the Museum of Decorative Arts in Paris or the Museum of Decorative Arts in Bordeaux. Other museums also have pieces of this service in their collections such as the Metropolitan Museum in New York or the Victoria and Albert Museum in London