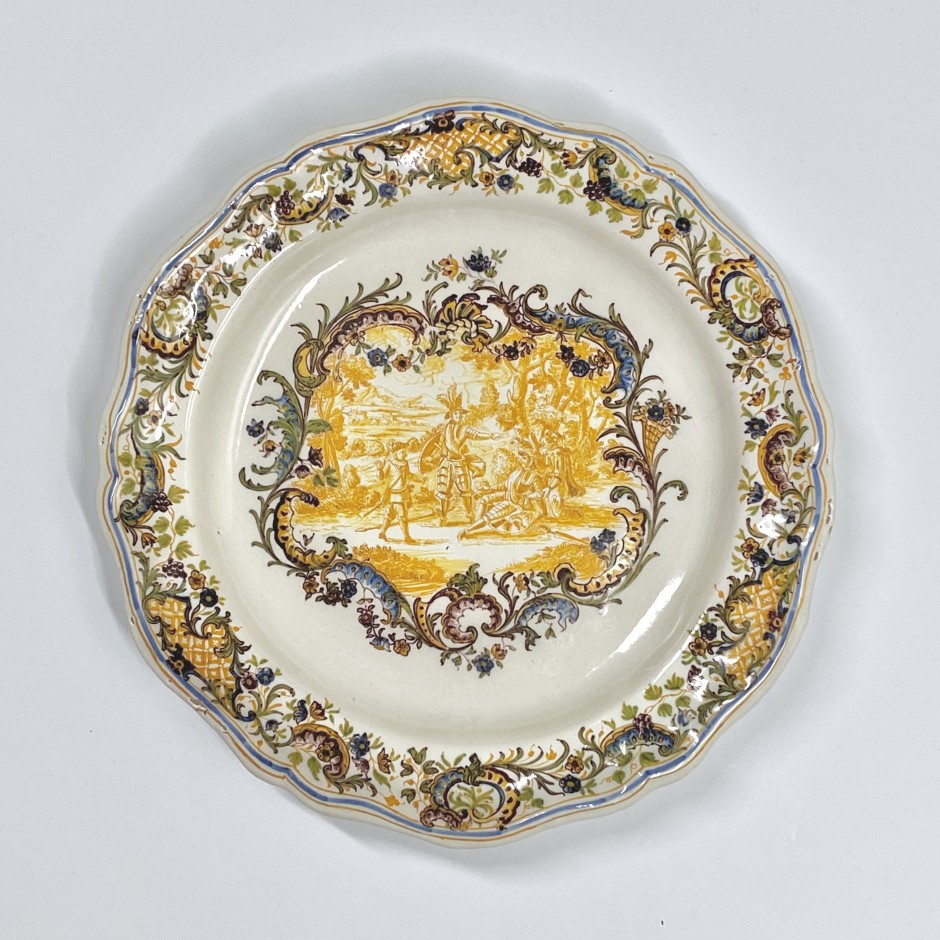 Earthenware dish from Marseille with contoured edge decorated in yellow shades in the center, in a flowery rocaille medallion,

with a scene from the life of Don Quixote after the painter Coypel "Le Bacelier Sanson Carasco, under the name of the Knight

of Mirrors , is defeated by Don Quixote who orders him to throw himself at the feet of Dulcinea. (see the engraving that served

as a model) And on the wing rich decoration of patterns with braces, shells and floral scrolls.

Bears the mark "G" on the reverse of the wing.

A crack on the wing (see photos).

Additional information and photos on request