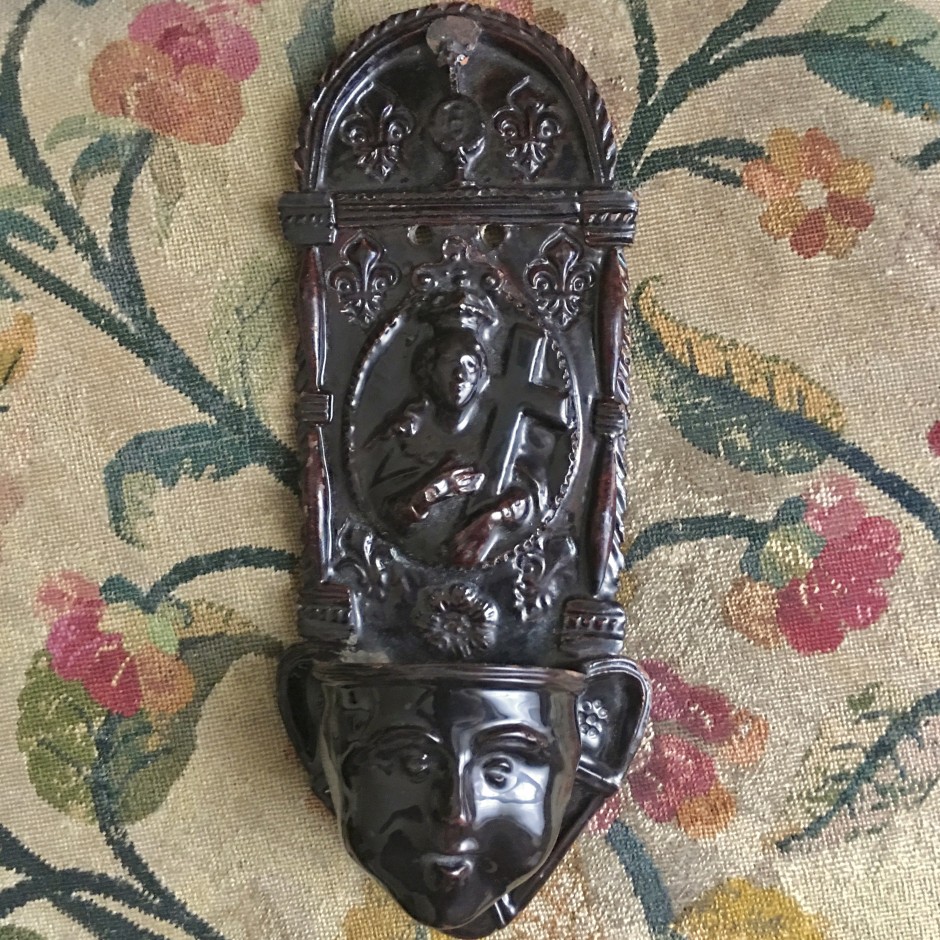 surrounded by four fleurs-de-lis framed by balusters surmounted by a tympanum with the monogram of Christ: IHS

small restoration on the edge of the bucket.