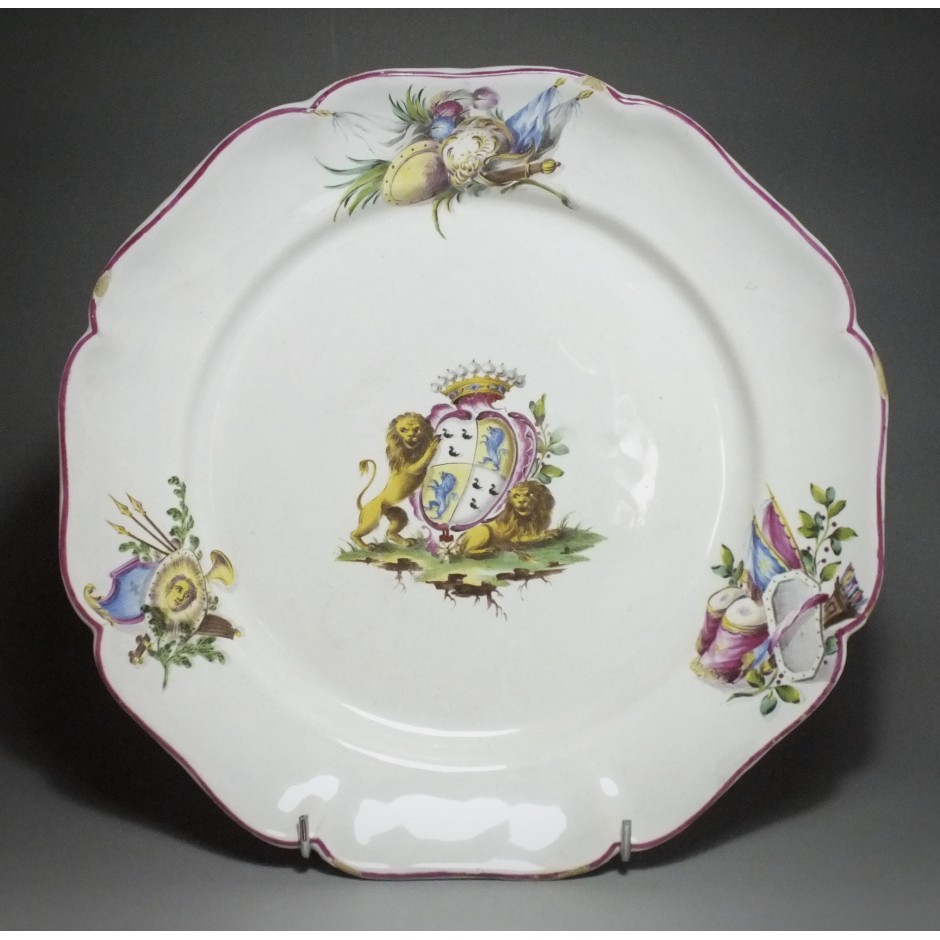 oval shield under a coronet supported by two lions, one standing on its hind legs,

the other lying,the wing is decorated with war trophies. purple mesh edge.

Arms: Quarterly at 1 & 4 silver three blackbirds sand placed two and one, the 2 & 3 gold to azure lion that couldbe

those of the family of Aumont or Gramont.

Only model known to date.

Reproduced by Jean Rosen in the catalog of the exhibition at the Museum of Brou,