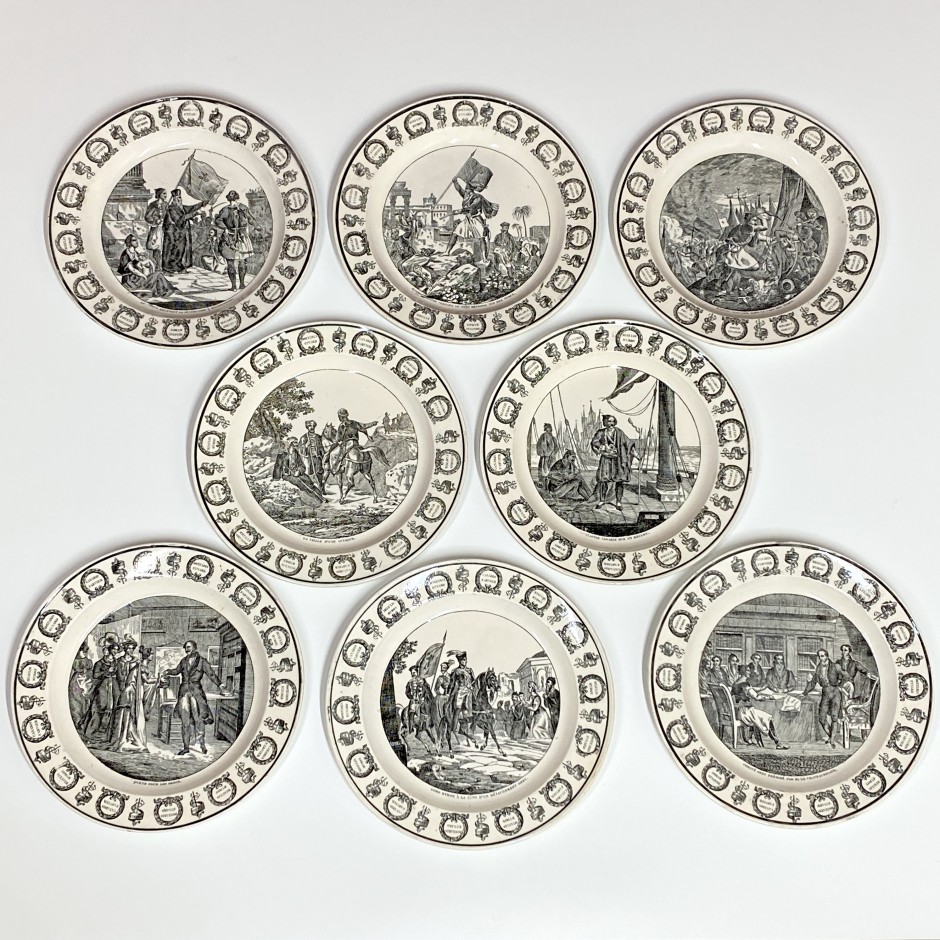 Rare suite of eight Montereau earthenware plates with grisaille decoration on the theme of the Independence of Greece.

Marked on the back hollow "Montereau" on each.

and with the cross of Lorraine bearing banners inscribed with the words "Liberty" and "The Cross".

Each plate is decorated with a captioned scene: "Greek Committee chaired by Mr de Châteaubriand" "The Greeks receiving the

Botzaris in the camp of the Turks"