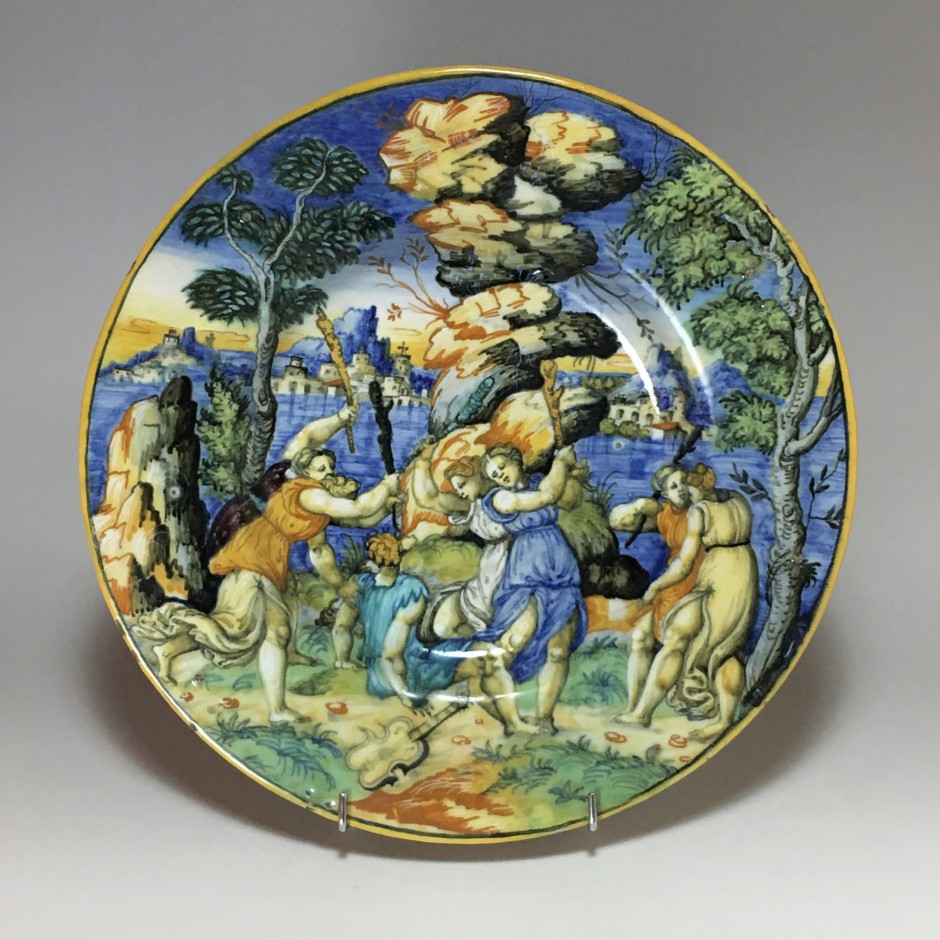 URBINO - Dish with polychrome decoration "a istoriato" "Orpheus and the Bacchantes"

On the reverse, coat of arms of the LANCIARINI family from Rome.

Restoration on the wing (details and photos on request)

This scene refers to "The killing of Orpheus by the Bacchantes. " The best known story and its killing of Orpheus by Thracian women for various reasons according to the authors. When Dionysus invaded Thrace, Orpheus neglected to honor him but taught other sacred mysteries known as Orphism and stigmatized human sacrifices with Thracian men who listened respectfully to him. Vexed, Dionysus delivered him to the Maenads in Macedonia. They waited until their husbands had entered the temple of Apollo, where Orpheus was serving him, seized weapons laid outside, burst into the temple, killed their husbands, and shattered Orpheus. They threw her head into the river Hébre but she floated, continuing to sing "Eurydice, Eurydice" then arrived at the sea the currents took her to Lesbos where were founded a sanctuary and an oracle. Orpheus' lyre had also been carried by the waters to Lesbos and deposited in the temple of Apollo. It was sacrilege to touch her. Roman patrician family of LANCIERINI Several known pieces of this service could be realized for Leone Lancierini who died in 1555.