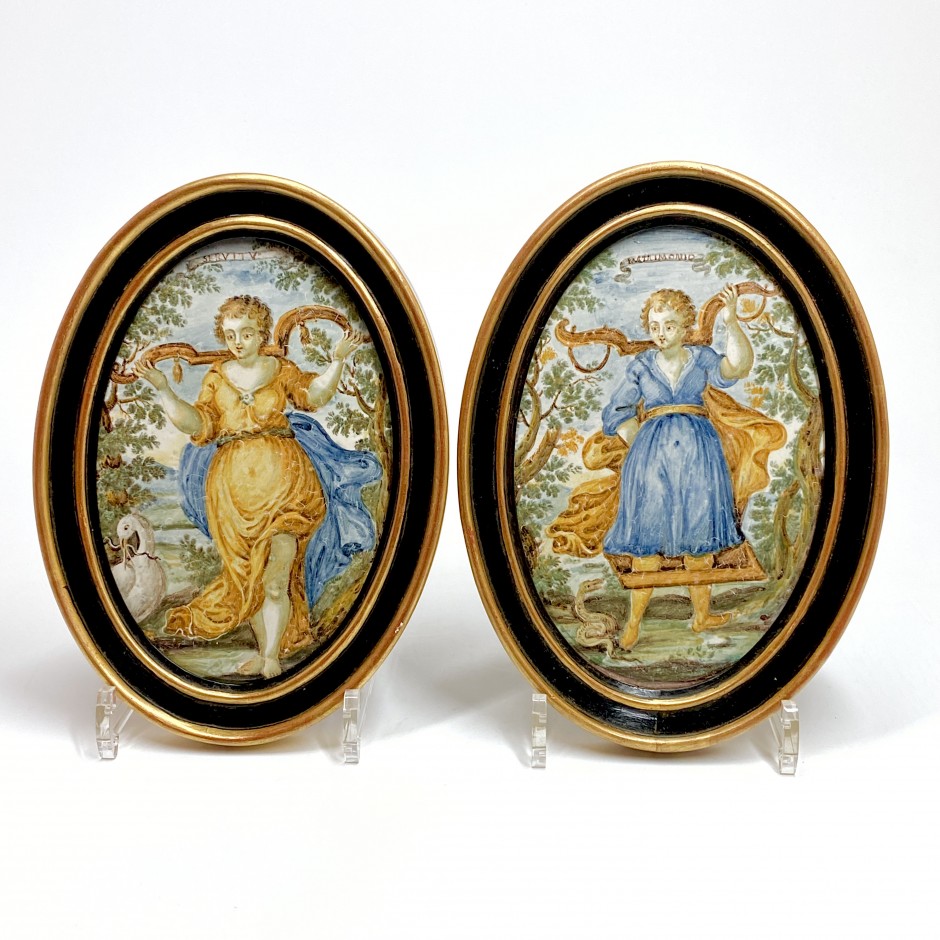 Rare pair of oval polychrome faience plaques from Castelli titled in a phylactery: "SERVITU" and "MATRIMONIO" representing the allegory of marriage for one and of servitude for the other in the guise of a woman each supporting a yoke on their shoulders, servitude with at its feet, a stork or a heron holding a snake in the beak, marriage with a restraint on the legs and a snake at its feet, against the backdrop of a wooded landscape. Based on two engravings by Cesari Giuseppe known as the Knight of Arpin around 1625. (see the reproduction of these two engravings)

In blackened and gilded wooden frames.

Additional information and photos on request.