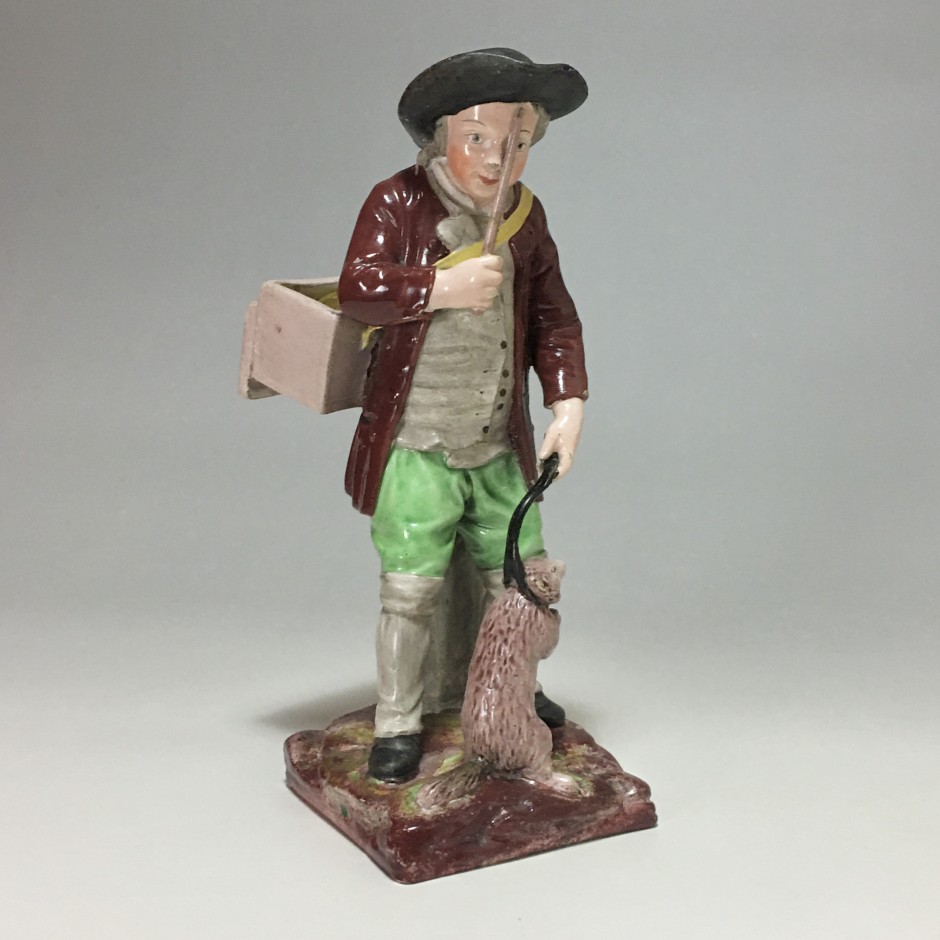 Restoration at the leash of the marmot.

Formerly the taming of the Alpine marmot was common, especially in Savoy. The young marmots were captured and trained to perform a show accompanying the many seasonal migrants Savoyard. They traveled throughout France, French-speaking Switzerland and some other parts of Europe. These marmots were both a modest source of income and a traveling companion. It is for this reason that the Savoyards were called Marmots with often a pejorative connotation. Until the end of the 19th century, the marmot was exhibited on the fairgrounds just like the bear or the monkey. The marmot showman made them dance to the sound of his flute and it was a distraction much appreciated by young and old. This relationship between man and the marmot was immortalized by Goethe who wrote the Song of the Groundhog, set to music by Beethoven. [The Marmots: Natural environment, social life and hibernation by Jean-Pierre JOST]